ALL ARROW SALES ARE FINAL
WE WANT TO GET THIS RIGHT, IF YOU HAVE
QUESTIONS PLEASE CALL TECH SUPPORT
(EXT 2) BEFORE ORDERING

In stock
Skip to the end of the images gallery 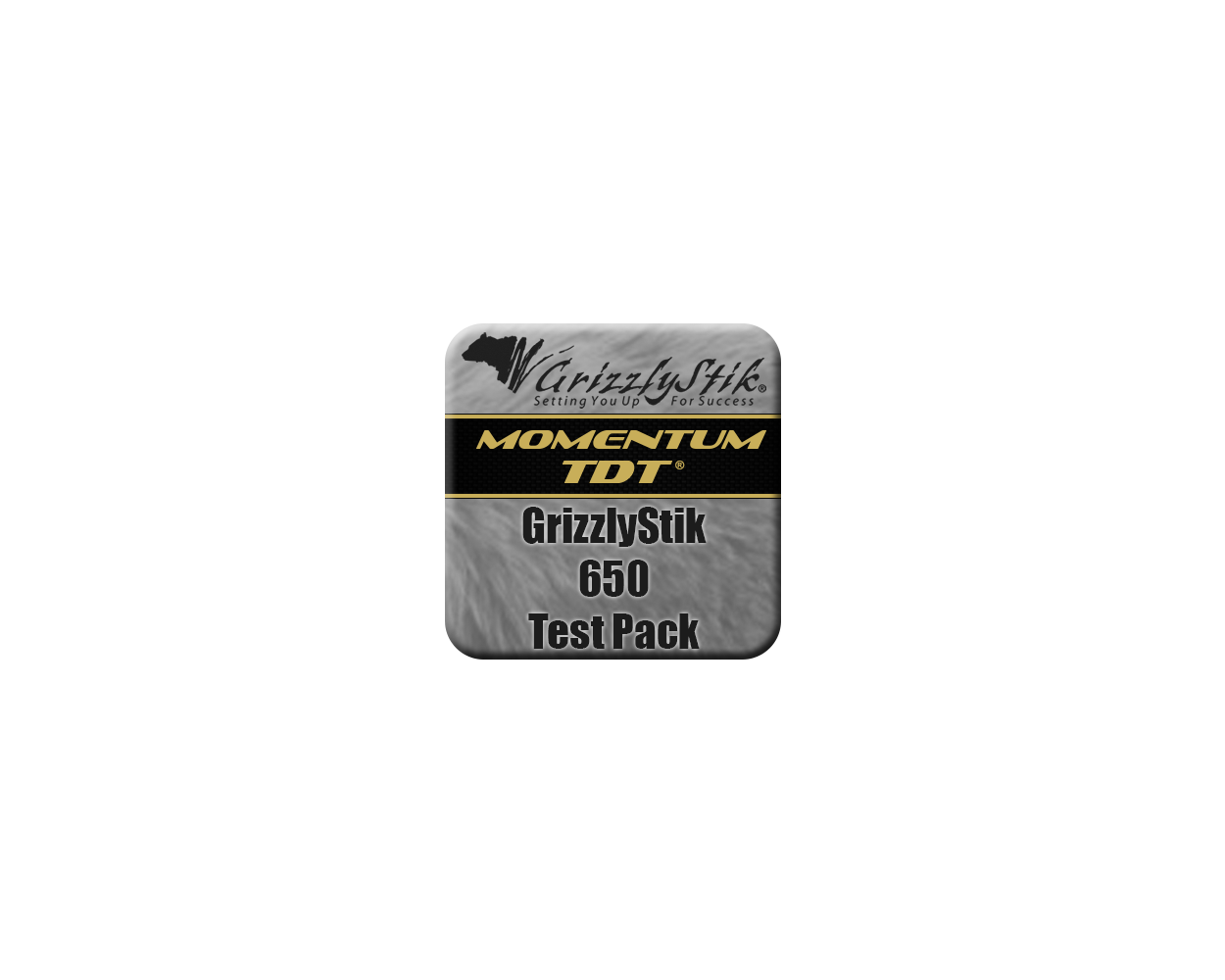 Skip to the beginning of the images gallery
Details

The GrizzlyStik System, when built to 650 grains, will give you an arrow and broadhead setup that delivers lethal performance on all North American & African plains game.

The GrizzlyStik Momentum TDT 650 test pack is designed for you to be able to see just what an arrow of at least 650 grains with an FOC (forward of center) percentage of at least 19% can do for you.

Think of how easy that will be, what kind of confidence you will have, knowing that you are shooting arrows with so much power that they can bring down your big game trophies even when things go wrong. You can hunt; whitetails, turkey, hogs, elk, moose, bison, wild sheep, caribou, black bear, grizzly and brown bear, anything in North America with one arrow and broadhead setup.

Remember the old saying: "Beware the man with one rifle - for he very well may know how to use it."

When you shoot the same arrow setup season after season, you know how it shoots under all situations. You get a 'feel' for your setup - your shooting becomes second nature. At that point all you're doing is hunting and getting yourself into position for the shot. The shoot itself will be natural, fluid, and deadly.

No testimonials available for this product at this moment. Please check back later.