Most broadhead reports you'll find are subjective at best and misleading at worst. What is a broadhead test trying to show the bowhunter? Bowhunters don't hunt for plywood, 55-gallon drums, or plastic water bottles. So why would we judge a broadhead's penetration against any of these targets?

It's foolhardy to attempt to extrapolate real-world broadhead performance from testing conducted against inanimate objects. This especially holds true when hunting big game with a thick hide, dense muscle and heavy bone. Over the past decade, GrizzlyStik has elected to test our broadheads under real hunting conditions, against the world's biggest game. To us, that's the only way to truly show testing performance.

The Ultimate Broadhead Test (Jumbo) -"I don't think this has probably been done TOO many times, Eh?" Postmortem testing the Ashby broadhead on a Zambian Jumbo.

GrizzlyStik has always enjoyed a special relationship with the dangerous game Professional Hunters (PHs) in Africa. PHs have a very vested interest in how their client's broadheads work. This video was shot in 2009 in Zambia by PH Strang Middleton to document what an arrow tipped with an Ashby 315 broadhead can do on the largest animal in the world. (FYI...Alaska Bowhunting Supply was the original name for GrizzlyStik).

Here is a perfect example of the performance you can expect when shooting Ashby-inspired systems. An Asiatic water buffalo taken with a 950-grain system of GrizzlyStik Momentum arrows and forged 315 grain Ashby broadheads.

Cape Buffalo Complete Pass-Through - Down in 25 Seconds- "I just returned from a hunt in South Africa where I took a Cape Buffalo with the GrizzlyStik system, and it performed flawlessly. I was able to get a 15-yard shot and had a complete pass-through. The buffalo ran 10 yards after I shot, turned in a circle, and stumbled another 5 yards before falling over.

"I am attaching a video of the buffalo and want you to know how appreciative and impressed I am with the entire process of getting set up for the hunt and with the results. I will be using that very same arrow and broadhead again on another hunt!"Thank you again, Matt

Matt was shooting a 950-grain momentum TDT Arrowtipped with a forged Ashby 315 broadhead from a 70# bow. The arrow carried an impressive 28% FOC (forward of center) balance point.

Keith Baggett didn't have a 55-gallon drum or concrete block to test his Maasai 125 single-bevel broadheads on - so he improvised by using a whole moose.

Not As Planned -"I was targeting elk and moose but had this big boar come into 18 yards in the dark spruce forest I was hunting in. I did not have time to range him and guessed he was 30 yards away. 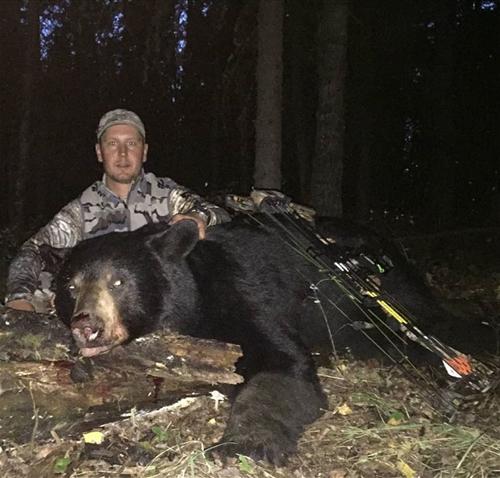 I only had a frontal shot and could see that my 30-pin was mid-chest and my 20-pin was on his head. I released an arrow and heard a CRACK as my Massai found its target. Although not the placement I was looking for, the beast dropped to the ground dying instantly. It sounded like my arrow hit a concrete wall and I was curious about what had just happened. 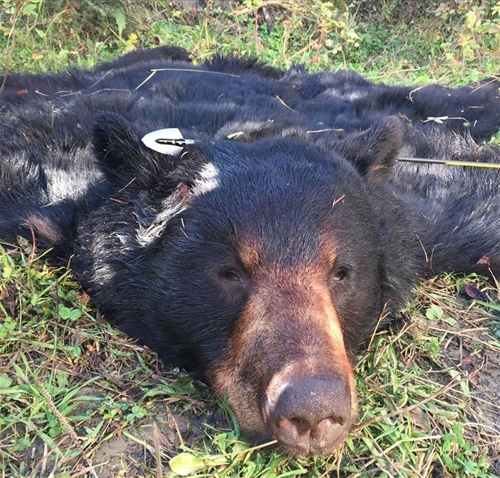 I sat with my binos on the bear for 5 minutes before I cautiously approached. He was stone dead right where I shot him and hadn't moved a muscle. Upon examination, I realized my shot was high and hit him in the skull. I know bear skulls are not bulletproof but they are very very tough. I thought you would be interested in the pictures of what my Grizzlystik broadhead did to a P&Y boar at 18 yards. I was pretty impressed. 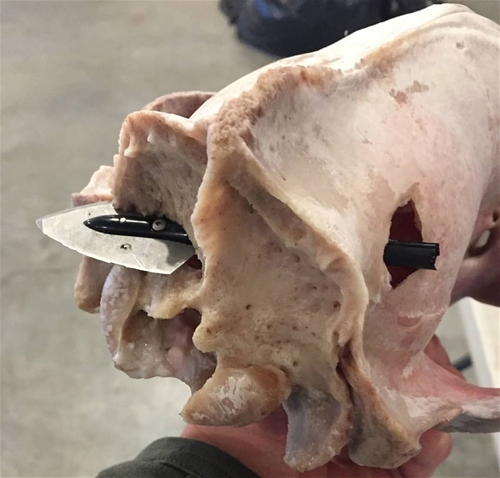 The outsert and broadhead are still fully intact and stuck in the skull. The arrow shaft broke off when the bear fell on it but structural integrity appeared to be 100% up until then. When I was building my new arrows,Garrett Schliefwas very helpful. Thank you for everything!"- Rob Engel 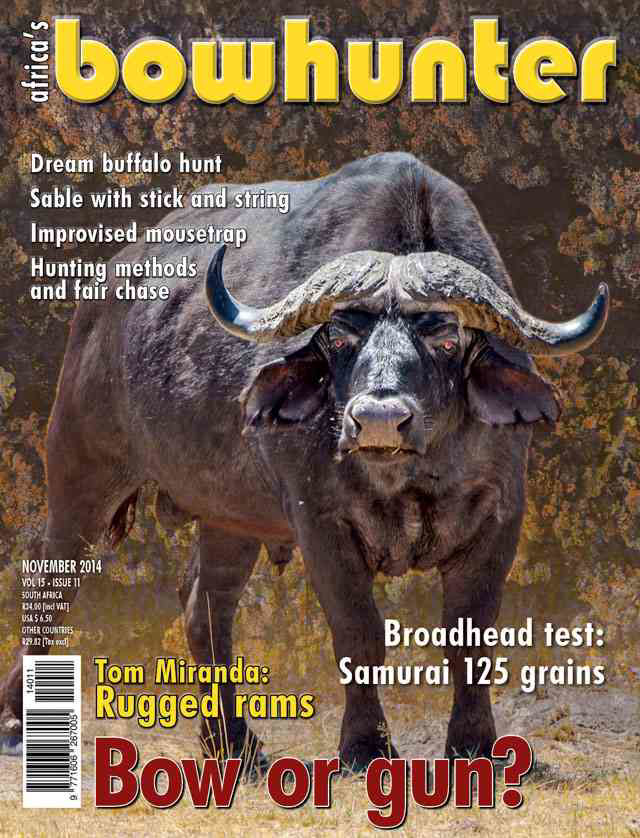 Cleve Cheney, hunting and environmental editor of Africa's Bowhunter is a very well-known figure in bow hunting and in conservation circles in South Africa.

Cleve has also been an avid bow hunter for 22 years and he has extensive technical knowledge of bows, arrows, and broadheads. Cleve is also an accomplished bowyer and has built many recurve bows over the years. He began offering bowhunting education courses more than 15 years ago.

Until recently, Cleve was a lecturer at the South African Wildlife College where was a lecturer and instructor. He has a diploma in Nature Conservation and a MA degree in Animal Physiology. Over the years Cleve has written more than a hundred articles on tracking, hunting, survival skills, and bow and rifle hunting. He started an 18-month-long professional hunters course at the SA Wildlife College where he trained the first group of professional hunters.

Cleve has trained many bow hunters and his educative articles on how to hunt African game, as well as many other articles on different aspects of archery bow hunting and bush skills, have been published in Africa's Bowhunter, Game and Hunt magazine, Universal Hunter and many other magazines. He has been the lead article writer for Africa's Bowhunter for more than 14 years.